As blogged HERE and HERE, Clown Shoes Beer changed the name of its Vampire Slayer beer due to a trademark dispute.  Rather than going gentle into the good beer-fueled night, Clown Shoes raged on and mocked the dispute by writing an article about the issue and why they handled it the way they did.  (The article is no longer on the Clown Shoes website, but an archive is HERE.) To recap, Clown Shoes handled the issue by changing the name of the beer to Undead Party Crasher (which is a sly comment on the fact that Clown Shoes’ original Vampire Slayer beer was supposed to be a celebration of Clown Shoes’ second anniversary).  Oh, and they also mocked my profession in a pretty hilarious way. So, my final update on this issue is simply this:  My local Total Wine has just about cleared its inventory of Vampire Slayer, and they have the new Undead Party Crasher in stock.  Of course, I bought a bunch for my colleagues. While I applaud the fun that Clown Shoes had with this issue, I have to disagree with Clown Shoes by answering the question “do we need the undead and trademark attorneys” with a resounding, “YES!” (as opposed to “No, Die Monsters, Die”) 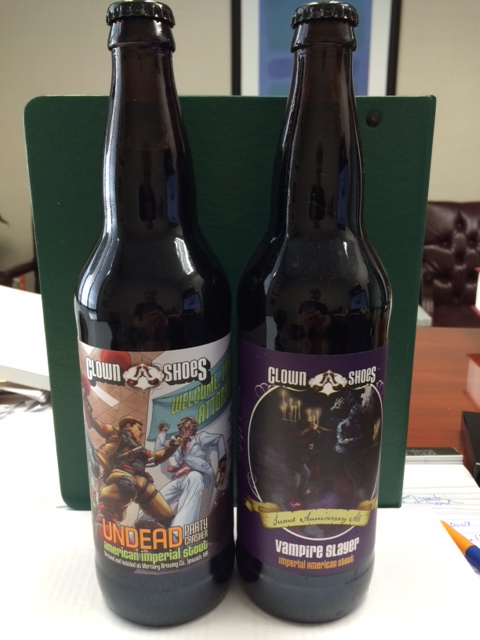